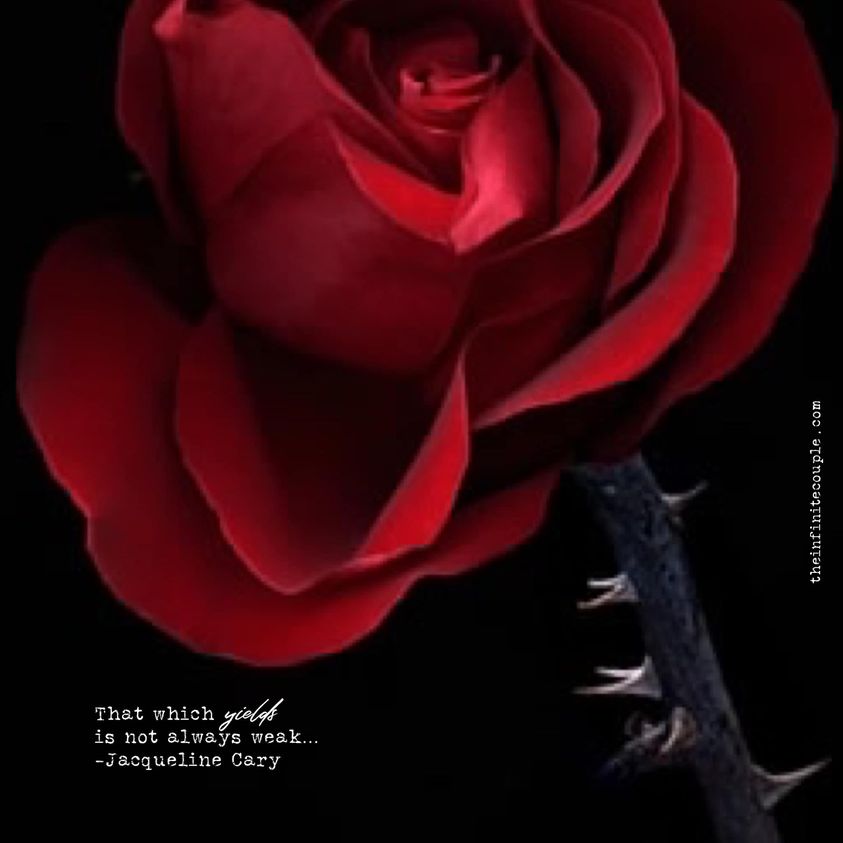 THE POWER TO YIELD

There is a truth that moves silently in this world
The hidden Mystery that confounds the wise and befuddles those who rely upon logic.
​
This- that separates those Spiritual leaders and gurus who merely parrot platitudes and those who live in devotion to That which transcends…
​
It is the sharp edge which divides those who have knowledge OF the Divine Feminine and those who truly KNOW Her.
​
Those who read of her and those she has taken into her counsel.
​
This Truth so pure it knocks your head back and send your soul soaring
​
It is the Revelation of the UTTER Power and Ecstasy of Surrender.
​
While many are still caught in the Trance of faux empowerment that moves AGAINST the Masculine I watch in rapt awe those brilliant souls within women’s bodies …who awaken
​
Like the birth of a star they glitter in the dazzling darkness… flickering… delicate…tender.
​
They feel it within them, this idea that is too precious to reveal
Still wet from the womb of Creation
Too holy to voice
Or expose to the masses for fear of misunderstanding
​
I smile in the Dark
​
An idea like a spark catches flame in the Collective
Women begin to toss Titles and accolades into the fire- Free.
CEO is mere kindling
Doctor is Fuel
Priestess burns like flash cotton
She no longer cares what you call her
No longer seeks to prove her worth
She is no longer willing to play the game of an invisible war between her and the Beloved
​
​
She changes form…
She re-words the old stories
Over writing the old Codes
​
She is Titania yielding the game to Oberon
She is Chava offering the Fruit from the Tree of Life
She is Lillith laying under Adam In open supplication
She is Kali trembling in the Discipline to not place her foot upon Her Beloved
She is Delilah whispering the plots of men into Samsons ear
She is Siren luring Men away from that which would destroy them
She is femme l’ espérance she who holds the promise of the future
She is never not broken…open
​
Archetypes
Myths
Goddesses
Legends
​
I hear the Collective of Women softly… So quiet it could be called imagination and yet gaining power until it becomes a cacophony of voices
​
We Yield
We Yield
We Yield!
​
The Battle is over.
The Union has begun.
​
-Sri Namaste Moore