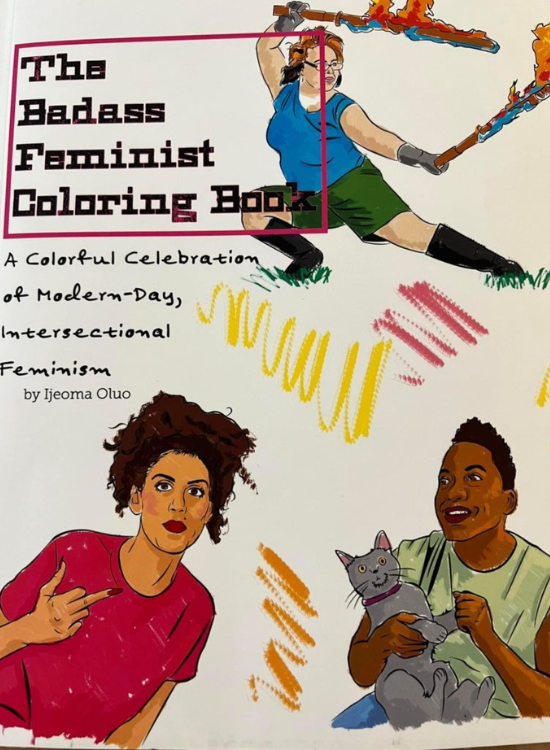 Can they see you?

We were in the midst of a MAJOR project when I came across this. A gift from a friend years ago who knew I did “Women’s Empowerment work” and assumed I would like it.
She assumed I was Feminist.
She assumed the intersectionality of the book would resonate with me.
She assumed a great deal…
BECAUSE I WASN’T DEFINED ENOUGH.
Not wanting to offend and desiring to be inclusive, to not trigger people, to SOUND like what I thought others would want a Feminine Potency Mentor to sound like -I rubbed out my own edges and began to blend in to everyone else.
This book was the gift of a WAKE UP CALL from the Universe because when I asked “Why would she gift me this?” I didn’t focus on how wrong about me she was.
I knew she loved me.
I saw clearly how much I wasn’t allowing myself to FULLY OCCUPY my Message.
And then began to do so…
Which then created more Polarity
Causing me to lose some students and clients
Gain others
Lose some friendships and become deeply attractive to others.
The most important thing?
I could truly SERVE those who need MY MESSAGE, straight no chaser.
Beloved- can the people you are here to serve recognize you, or would they mistake you for someone else?
← Previous Next →